﻿Purchase free for a limited time 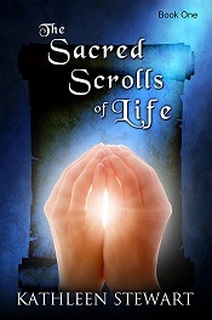 I see myself in the light of The Heavenly Father who is seated upon His throne in The Kingdom of Heaven.  He begins to speak to me and says, “Now that you have gotten closer to me we shall proceed with these writings."  He then hands me what appears to be a Golden Scroll, and in letters of illumination, embossed in, and arising out of this parchment of golden light, there is "His Signature of Fire" emblazoned in the center of the title page.

I now see a piece of paper coming forth from Him, and the word “Introduction” is written on it in capital letters of light followed by an explanation in writing below it.  There follows a vision of me, and my face and head are illuminated with a halo as this information passes through, and then I am instructed to write it down just exactly as it is depicted to me.

The word “Predictions” is now appearing on the page, and the message I am receiving is being delivered to me in a language that revolves around universal symbols so that it can be easily understood by anyone.  Behind me on the bookshelves there is a library of similar information, and although I have not read any of them, I sense they all have the essence of “spiritual prophecies” in them.  This manuscript is added to them, for I see it written on “tracing” paper, which is laid on top of the others.  They all read the same and match up to one another, but this book sheds new light on old truths.

I see “A Sign For Mankind” appearing in print now, which should be seriously looked at, but some people seem to shrug this information off as nonsense.  In conjunction with it, I see a vision of mankind, who appears to be wearing blinders, his useless knowledge has his world collapsing, and he is not paying attention to the seriousness of things to come.

Then the light of God appears to me again, and out of it I am being handed a pen of light.  I see some writing appearing in front of me on paper, and certain sections of it stand out above the rest, particularly a paragraph in the middle of the page that I cannot interpret as my own, for in the middle of the writing a vision comes through the paper to show me what the writing has to say.  The vision opens and closes, just as it does throughout these pages, and each one gives a piece of the entire picture.

I don't know why this information is being given to me, but I can see that it is worth something to someone when put into the right hands.  I am then given a vision of the general populace who are wandering the streets in darkness and anxiously awaiting the information that comes with the delivery of this "Universal Newspaper."

There follows a vision of myself ascending from the writing desk when finished, and viewing the Earth from the heavenly place it was delivered from, this manuscript remains here to be seen as "A Message To The World".


For more information,  or to purchase, please visit:
http://www.smashwords.com/books/view/257479