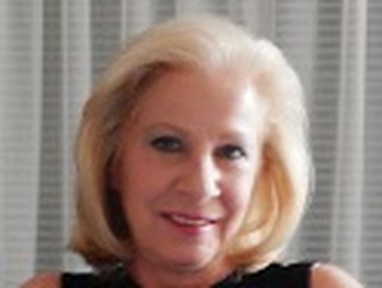 I am a mystic and spiritual medium and my path began more than forty years ago with the awakening of my intuition. I went on to become a psychic consultant and parapsychologist and used the Tarot as my divination tool for private readings and as a guest on several radio shows.

During that time, I enrolled in and graduated from Lifespring and began studying all areas of metaphysics and spirituality extensively. I then took an interest in holistic health after becoming ill and read a vast library on the subject while searching for the avenues to heal certain things for myself faster and easier than conventional methods had to offer. I later became a Chiropractic Assistant, Certified Massage Therapist and Instructor, earned my Affiliate/Associates Degree in Biofeedback and completed a course in Body Electronics. I am also a recent graduate of the Landmark Forum and Advanced Course.

After ten years of working as a psychic, my third eye opened fully, allowing me to see into the spiritual dimensions intermingled with our physical existence, which was augmented by years of disciplined meditational and self-hypnosis practices. Then one day while in an induced hypnotic regression, I saw myself as a spirit just prior to entering this physical incarnation, and to my surprise I discovered that I had huge laser beams emanating from my hands and had the sense that it was my soul’s purpose to utilize them.

Immediately thereafter I began having apparitions and visitations from spiritual guides and Ascended Masters who appeared to me regularly offering their wisdom and guidance about the spiritual world and the energetic principles and universal laws it is established upon. From then on they were present while working on myself and others, instructing me on how to use my new found abilities, while providing much healing and insight of their own to those in my care, and that remains true to this day.

A couple of years later in 1989, I visited the Monroe Institute, and had the rare opportunity to meet Robert Monroe, who is noted for his books on astral travel. He allowed me to do a healing session with him and afterwards asked me if I would be willing to be a part of the institute’s Brainmapping Project for talented and gifted subjects. I agreed and offered myself up to scientific research, where they validated the use of my energies and the presence of my spiritual guides. On the first occasion they tested only me, and although this had not been done before, at my suggestion we scheduled another session where they wired up and monitored both me and the person I was working on with impressive results.

Not long after that my spiritual guides began encouraging me to teach others what they had taught me, so I began dissecting the different energetic tools in my hands and making note of the energetic structures I found present in the energy fields of those I had facilitated and what those energetic creations corresponded to in terms of the spiritual, mental, emotional and physical bodies.

After seven months of compiling this information, I conducted my first seminar in October of 1990, and called it "Laser", a method of energetic surgery and multi-dimensional healing. I am most noted for combining spirit with science and since then I have successfully trained hundreds of people from doctors to laypersons as medical intuits and facilitators in the use of this technique of regenerative and transformational healing.

I am also an ordained minister and a conscious channel, where I have offered myself up as a medium for my spiritual guides and Ascended Masters to communicate through at speaking engagements, private consultations and transformation workshops, offering myself up as a vehicle to extend their healing, spiritual gifts, wisdom and guidance to those in attendance.

In 1997, while looking for answers in the midst of a major move and transition, I approached My Heavenly Father in prayer, whom, by the way, I had always felt the presence of but never came face to face with, even though I was constantly seeking that connection, and I asked Him, where do you want me to go and what do you want me to do? At that I was handed a pen of light and was told to write down what was being revealed to me.

The information that was coming through was everything other that what I expected, and prophesied important universal events and an energetic transition that would evolve mankind and elevate us into a higher dimension. Although this was directed to me as an example of what would happen, it was apparent that this was something we all will experience and have the opportunity to participate in. So I spent six weeks in a room writing it all down, and near the end of that time, I found myself suddenly transported to the Throne of The Heavenly Father, who laid out His plans for me and said He had something to say to the world and wanted to do this through me. He then told me that I would be sitting at His right hand side as he delivered, "The Sacred Scrolls of Life", which He reassured me would be emblazoned with His signature. The following year I did my best to publish it, but its time hadn’t come, and so it sat on the shelf until published in 2012.

Being primarily a visionary, in 2005, I was now being asked to listen and write down the words of The Heavenly Father, which was very time consuming and not an easy task for me, but I surrendered to God’s will and did the best I could, and this tutorial manuscript is entitled, "The Sacred Scrolls of Life-Book Two", which was also published in 2012.

The Sacred Scrolls of Life-Book Three was published in 2014 and contains more prophecies of important universal events.